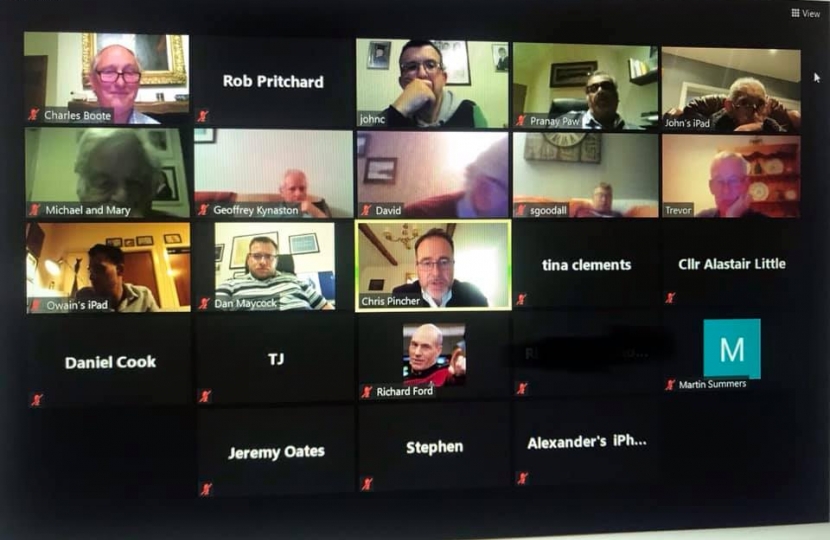 Our AGM was originally planned for earlier in the year, but the current public health situation meant that it had to be delayed. The AGM was held online, a first for the association, and gave the opportunity for members to hear about the work of officers, hear and update from our MP, Christopher Pincher, and finally elect new officers for the coming year.

John Brown was also elected as Association President. For those who know John you will know how hard he has worked for the association over the years.

Over the past decades John has raised countless amounts and personally organised hundreds of events for the association – all for no reward.

The Commonwealth, G7 and NATO Summits