Welcome to the website of Tamworth Conservatives. We're an active local association of the Conservative Party, supporting the work of Chris Pincher and our fantastic councillors and council candidates. Here, you can read our latest news, our forthcoming events and how you can get involved. We're here to help, so please don't hesitate to get in touch. 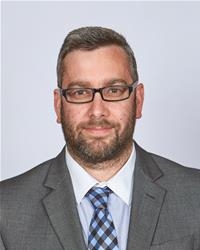 20 years ago not out

Cllr Jeremy Oates was first elected on 4 May 2000, and he is still just as enthused about serving Tamworth as he was when he first got elected as a fresh faced 23 year old

Cllr Oates, who has held roles including Leader of the Council and Mayor of Tamworth, said: “I can’t believe it’s been twenty years since that first election - and I remember it like it was yesterday

Chris Pincher has submitted a 5,000 signature petition to save and rebuild…

To further ease the lockdown, all non-essential retailers will be allowed to…

The Conservatives will not tolerate prejudice or discrimination

We have commissioned an independent investigation any concerns about prejudic

What matters to you?

What matters to you?
Copyright 2020 Tamworth Conservatives. All rights reserved.
Powered by Bluetree