Chris Pincher was born in Walsall and grew up in Wombourne near Wolverhampton.  He lives in within his constituency in Shenstone.

A Midlander through and through, Chris was first elected as the Conservative Member of Parliament for Tamworth in May 2010, and was re-elected in June 2017 with a majority of 12,347. Due to the dissolution of Parliament, Chris is no longer an MP but he is a political candidate.

From 17 July to 15 June 2016 he was transferred to the Whips Office becoming  Assistant Whip then climbing to Comptroller of HM Household from June 2017.  In January 2018 Chris became Deputy Chief Whip Treasurer of HM Household ensuring Government legislation passed, despite the slim majority in Parliament.

On July 25, 2019 he was appointed Minister of State at the Foreign and Commonwealth Office for Europe and the Americas.  This means Chris now looks after affairs with Europe, the European Union, NATO and the OCSE. This is not to be confused with the Department for Exiting the EU but he will support work in the Brexit process. Chris also has responsibility for policy towards the Americas including Cuba.  Diplomacy, migration, security and defence, technology, prosperity and work with the British Overseas Territories.

A Conservative Party member since 1987, he has campaigned hard for the Britain he believes in. He believes strongly in local communities where people look after one another, support their local schools and hospitals, respect common traditions and stand together against the threat of crime and anti-social behaviour.  He supported the leave campaign and voted to exit the EU.

In his limited spare time outside of his work in politics, he is a member of Tamworth's Hodge Lane Nature Reserve, the Peel Society and a Patron of the Canwell Show. He enjoys playing golf, watching horse racing and grand prix, and reading. His favourite authors include Evelyn Waugh, Arnold Bennett, R L Stevenson, John Buchan and Simon Raven.

Christopher Pincher MP has welcomed the announcement that Staffordshire will receive £1,010,000 in extra funding as part of the Governmen

This month in Parliament we passed three really important pieces of legislation, the Business Recovery Act, the  Domestic Abuse Act and t

On Saturday night, the Department for Transport removed Spain from the list of countries and territories from which international arrival

Legislation signed into law by local MP Christopher Pincher, in his capacity as the Government Housing and Planning Minister, has seen bu

Last summer, Tamworth MP Christopher Pincher ran a campaign alongside the Mayor of Tamworth and Tamworth Have a Heart to highlight a diff

Comments on the John Lewis Closure

I am disappointed to learn of the announcement today from John Lewis that they will not be re-opening the Tamworth store.

Eat Out to Help Out Tamworth’s food industry

Local MP Christopher Pincher has welcomed the Chancellor’s scheme to get more people safely eating out and supporting our local economy. 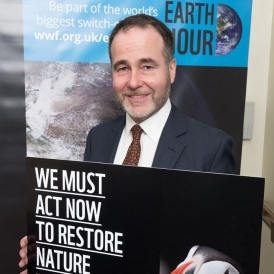